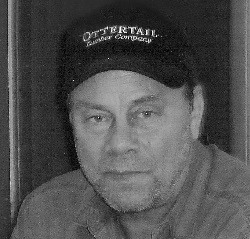 Robert “Bob” Boggess, age 63 of Redwood Falls, passed away Thursday, April 14, 2022 at his home. Private family services will be held. Burial will be in the Redwood Falls Cemetery. Online condolences may be sent at www.stephensfuneralservice.com. Stephens Funeral Service – Redwood Valley Funeral Home is assisting the family with arrangements.

Robert “Bob” Gerard Boggess was born February 20, 1959 to Robert C. and Georgine (Amberg) Boggess in Redwood Falls, Minnesota.  He was baptized and confirmed at St. Catherine’s Catholic Church.  Bob attended Lincoln Elementary, Redwood School of the Precious Blood Catholic School, Lincoln Junior High and then graduated from Lincoln High School.  From a very early age, Bob’s fascination with motors was noticeably apparent.  He loved the challenge of “fixing” them and most motor related problems could be solved by him.  Bob was a talented water-skier. He loved boating and being on the water.  Riding motorcycle was also his hobby.  He even custom built Harleys with his oldest brother Steve.  Bob was passionate about firearms and from an early age began collecting them. He was a longtime member of the Redwood Falls Sportsman’s Club and Snowmobile association.  Most of all, Bob had a voracious curiosity that led him down many paths including an exploration of the heavens and all things related.