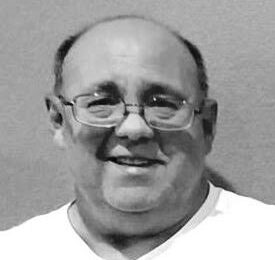 Michael Ringeisen, 58, died April 8, 2022 at the River Valley Care Center in his hometown of Redwood Falls after a prolonged illness associated with the mechanical heart valve he received in 2007. A memorial service for friends and family will be on Thursday, June 16 at Gloria Dei Lutheran Church (4pm visitation, 5pm service) followed by refreshments. Online condolences may be sent at www.stephensfuneralservice.com. Stephens Funeral Service – Redwood Valley Funeral Home is assisting the family with arrangements.

Mike was born on August 16th, 1963 in Minneapolis, Minnesota to Gina and Michael Ringeisen. He gained three technical degrees in Fluid Power, Robotics & Electronic and had a successful career as an Electronics Technician.

Mike was an avid outdoorsman and spent as much time as possible hunting, trapping & fishing with family and friends.His friends paid this tribute to him, ‘Mike was one of the kindest people you could ever meet, he was generous with his time and was always willing to help a person in need, he will be sorely missed.’

He is survived by his 3 children, Brandy, Hunter and Hope as well as his mother and 3 siblings.