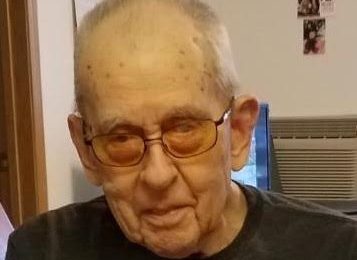 Maynard William Roschild, age 96, of Renville, died Thursday, June 17, 2021, at the RenVilla Nursing Home in Renville.  A private funeral service will be held on Friday, June 25, 2021, at St. John’s Lutheran Church in Renville.  The Rev. Michael Kuschel will officiate.  Burial will be in Fairview Cemetery in Renville.  In Lieu of flowers, memorials preferred to Little Lambs Learning Center in Danube or Renville County Hospice.  Arrangements are with Dirks-Blem Funeral Service, Renville, MN.

A livestream of the service will be available to view on Friday, June 25, 2021 at 11:00 a.m. by clicking on the following link https://my.gather.app/remember/Maynard-Roschild

Maynard William Roschild was born on April 8, 1925, in Emmet Township, Renville County to William and Albertina Wilamina (Lentz) Roschild.  He grew up on the family farm south of Renville and attended country school.  He was baptized and later confirmed at Bethany Lutheran Church near his home.  Maynard was united in marriage to Veronica Kubesh on September 16, 1950.  They lived on a farm near Renville and later in 1972 they moved into town.  Maynard farmed until 1975, he then worked various jobs including Willmar Manufacturing, DHIA, Fuller Implement, Jackpot Junction, and as janitor at St. John’s Lutheran Church.  He was a member of St. John’s Lutheran Church in Renville.  He enjoyed fishing, camping, dancing, and watching the Minnesota Twins and Vikings.