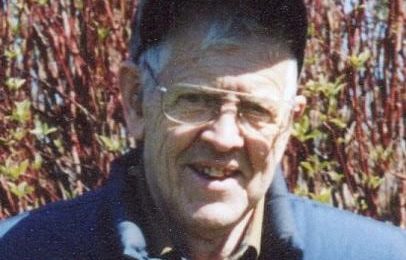 Marlin Hanson, age 88, of Olivia, MN, died on Friday, January 29, 2021 at the Olivia Hospital due to lung disease and congestive heart failure. A private family graveside service will be held at the Bloomington City Cemetery. A public memorial service will be held this summer. Memorials are preferred to Renville County Food Shelf or a charity of your own choice in Marlin’s name.  Arrangements are by Dirks-Blem Funeral Service of Olivia.

Marlin Hanson was born on July 21, 1932 to Arthur and Myrtle (Peterson) Hanson in Pine City, MN. He attended rural school (Dist. 30) through 6th grade, graduating from Pine City High in 1949 and from the University of Minnesota in 1960.

He worked in the research department of Sperry Univac from 1959 to 1980. While there he co-authored several scientific papers and was awarded numerous patents.

In 1980, he purchased the Olivia Hardware in Olivia, MN. In 1996, he sold the hardware store but continued to work there until retiring in 2011. Marlin enjoyed helping people; no problem was too small or too large for him to try to solve. He was an avid sportsman, who enjoyed hunting and fishing of all kinds. He especially liked the times he could spend at his lakeside farm in Pine County, MN. He loved to garden, raising berries, fruits, and flowers. His gifts of many varieties of preserves brought joy to numerous people.

After 45 years of marriage, Ione passed away in 1997. In 2006, Marlin married Maureen Frantik, a friend for many years. He was a faithful member of Cross of Calvary Church in Olivia. He especially enjoyed the men’s bible study group which met on Tuesday mornings. He did his daily devotions until the day he died.