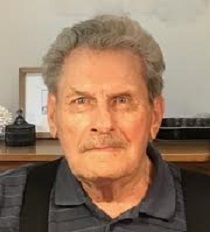 Leonard Lloyd Dahms was born on October 22, 1926 to Clarence and Meta (Zamzow) Dahms in Redwood Falls, MN. He attended District 101 Country School in New Avon Township until the 8th grade and then worked on the family farm until he enlisted in the Army in April of 1945.  He served in World War II and was Honorably Discharged in November of 1946.  He was a lifelong member of the VFW and American Legion.

On November 15, 1947 Leonard married Elaine Callan at Congregational Christian Church in Columbia, South Dakota. They lived in Hecla, South Dakota until 1955, where he farmed and worked at the Grain Elevator prior to moving to Redwood Falls, MN. Leonard also worked for Redwood Concrete as a truck driver for 33 years until his retirement in 1988.  After retirement he kept busy recycling metal at Jenniges Plumbing and Heating, helped farm with his brother, Don Dahms, and helped butcher deer each Fall with his brother, Jerry Dahms.

Leonard always enjoyed watching the MN Twins, the MN Vikings, golf, girl’s fast pitch softball, and volleyball on TV.  He was an avid pheasant hunter and fisherman who made the best fried fish with potatoes.  He always looked forward to his annual opening weekend fishing trips at Big Stone and Thunderbird Lodge with John Jensen, Shorty Haus, and John Jenniges.

Leonard loved doing puzzles and playing card games especially cribbage with family.  He looked forward to nightly cribbage games with grandson, John Jenniges, Jr, but mostly enjoyed winning and taking John’s money.  Leonard enjoyed spending time with all of his grandchildren and great grandchildren.  A visit with Grandpa Leonard would often include a slice or two of his homemade banana bread.  Dahms family reunions were a cherished time for Leonard to connect, reminisce, and share stories with his siblings and their families.

Leonard will be remembered for his strong will and determination.  At 94 years old he continued to make his family and friends smile and laugh with his classic one liners, quick wit, and snarky sense of humor.  His presence will be greatly missed.

The family of Leonard Dahms would like to thank the staff at Carris Health Redwood Home Care, Carris Health Redwood Hospice Care, and the VA Care team in Montevideo and St. Cloud for their diligent service throughout the years.  We would also like to thank everyone for their kind words, thoughts, and prayers as Leonard transitioned to his eternal life. The smallest gesture helped to console our hearts during this very difficult time and we are forever grateful for your kindness.

“Death leaves a heartache no one can heal. Love leaves a memory no one can steal.” -Anonymous