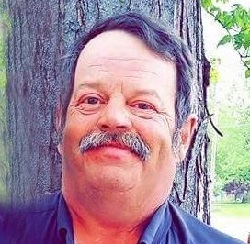 Larry Jordet, age 61, of Olivia, MN died on Wednesday, April 20, 2022 at Olivia Rehabilitation and Healthcare Center. A gathering of family and friends will be Monday, April 25, 2022 from 5 to 7 p.m. at Dirks-Blem Funeral Home in Olivia.

Larry Gene Jordet was born on October 17, 1960 in Granite Falls, MN to Stanley and Ruby (Stavney) Jordet. Larry grew up in Sacred Heart. He graduated from Sacred Heart High School in 1979 and continued his education studying diesel mechanics. Larry was united in marriage to Jeannie Lesetmoe on August 11, 1990 in Bemidji, MN. He worked for Storlie Construction for over 20 years until his retirement in 2019 due to health issues. He was a grill master and was very comfortable in the kitchen always making new recipes. He had a passion for traveling especially to Mexico and Las Vegas. Larry was a member of the Fraternal Order of the Eagles. He cherished time spent on Grace Lake making memories with his family. Larry will be remembered for the immeasurable love he had for his family.

Larry is survived by his children, Kayla (Jeremy) Negen and Kyle (Courtney) Jordet; his grandchildren: Paytyn and Mataya Negen and Kaleigha and Brynlee Jordet; his step-children: Sheila Carter, Stub Carter, and Angela Hyde; his sister, Sue (Gary) Eliason; and his nieces: Amanda (Brad) Veghlan, Meagan (Josh) Dekam, and Shannon (Jeremy) Gilland. Larry was preceded in death by his wife, Jeannie Jordet and his parents, Stanley and Ruby Jordet.