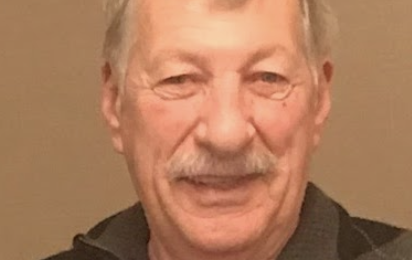 On Friday March 13, John Oglesby passed away in Minneapolis at Abbott Northwestern Hospital at the age of 72 with his wife, daughters, and niece by his side.

Due to recent COVID-19 health concerns, a celebration of life for John will be held at a future date. Notice and invitations to follow at that time. A private funeral will be held at Faith United Methodist Church of Sleepy Eye on Saturday March 21.

Interment will be at the Mt. Hope Cemetery, St. James.

John was born on November 26, 1947 in Mankato, Minnesota to George and Inez (Dietrich) Oglesby. John graduated from St. James High School in 1968 and served in the United States Army from 1968-1970. After his time in the Army, John was employed by the Chicago Northwestern/Union Pacific Railroad until he retired in 2008. John met his wife Kathy (Engdahl) in 1970 and they married in 1973 at the First Presbyterian Church in St. James. They resided in rural Butterfield until 1987 when they moved to Sleepy Eye. They raised two daughters, Nicole (Clarence Newman) and Natalie (Matt Huberty). John’s pride and joy were his two grandsons Jaden Oglesby and Jaxon Huberty. Those who knew John well, knew that he never actually “retired.” John was always interested in working from the railroad, to the gas station, to Kraft foods, to helping a friend farm. John liked to socialize and keep busy at work. John was an avid gardener, often giving away bags of vegetables to anyone who would take them. He loved a good card game, snowstorm, and was a passionate Minnesota Vikings fan. In recent years, he looked forward to attending Vikings games at US Bank Stadium for his birthday with friends and family. You could often find John waxing and admiring his 1968 AMX in the garage or walking his 5 lb dog up and down the alley. John was proud of his two grandchildren and spent much of his retirement as “grandpa uber” for his oldest grandson. John was a member of the St. James Masonic Lodge, the Minneapolis Zuhrah Shrine Temple, and the National American Motors Club.
John was preceded in death by his father George, his mother Inez, and sister LaVern. He is survived by his wife Kathy (“Mrs.O”), his two children, Nicole and Natalie, son-in- laws Clarence Newman and Matt Huberty, grandsons Jaden and Jaxon, nieces Robin Houck and Page Griebel, and nephew Lawrence Hunt.