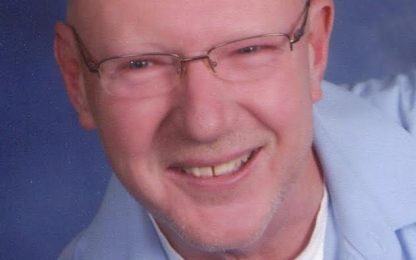 Gregory John Minnick was born on September 15, 1953 to Floyd and Edna (Wilson) Minnick in Marshall, MN. He grew up in Olivia and graduated from Olivia High School in 1971. After high school he enlisted in the US Army and was stationed in Hawaii while serving his country from 1971-1975. Upon his return to Minnesota, he furthered his education at Southwest Minnesota State University in Marshall and the University of Minnesota in the Twin Cities where he studied Agricultural Economics. After college he spent a year in Alaska working on the oil pipeline. He then returned to Minnesota where he drove truck over the road as well as hauling for construction companies. He spent a year in Iraq as an independent contractor driving truck there as well and spent five years working as pit boss at Jackpot Junction. Greg was married to Susan Wolff and together they had two children, Kevin and Amy. On April 1, 2011, Greg was united in marriage to Cynthia Berntson in Olivia. They enjoyed traveling together and took many trips to the Dominican Republic. Greg was an avid reader; he was especially interested in books about military history. He was very artistic and liked to draw from an early age. His 1977 Corvette and he attended many drive-ins and car shows over the years. His favorite beer was Schell’s Beer and he took many trips to the brewery in New Ulm. Greg loved being outdoors hunting, fishing, and searching for morels. In recent years he stayed active outdoors by growing a vegetable garden. He was an adventurous cook that loved trying out new recipes. Greg was a collector of rocks, marbles, and brass trinkets. He had a passion for watching birds and had many bird books around the house so that he could identify the ones he saw. Greg will be remembered for his polite and sociable nature and being a loyal friend to all.

Greg is survived by his wife, Cynthia Berntson; his children, Kevin Minnick of Hutchinson and Amy (Matt) Jaskowiak of Hutchinson; his grandchildren: Katherine, Kayden, and Hazel; his siblings: Demaree Braun, Laurie Duncan, Jill Minnick, and Mary (Andy) Minnick-Daniels; his brothers-in-law, Mike (Linda) Berntson and Lester Berntson; and numerous other relatives and friends. Greg was preceded in death by his parents, Floyd and Edna.