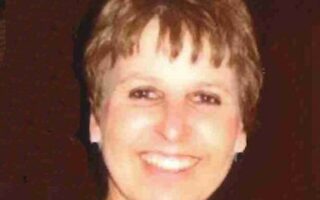 Service will be held at the Our Savior’s Lutheran Church on Tuesday at 11:00 am.

The clergy will be Pastor Cathy Hoffbeck.

On Tuesday, September 6, 2022, Tuda Beermann, loving wife and mother of two children passed away at the age of 61.

Tuda was born August 1, 1961 in Two Harbors, Minnesota to Donald (Skinner) and Violet (Pat) Pingeon. She attended school in Lamberton and graduated in 1979. Tuda worked at the Meadowland Coop for 22 years.

February 12, 1999, Tuda married the love of her life, Dean Beermann in Las Vegas. NV. Tuda loved spending time with her family especially Avery and Cash. She loved going for a drive….’the casino’, playing cards, going to the lake, fishing, watching football, scrolling through Facebook and playing Words With Friends. She also enjoyed traveling to Paris with two of her sister-in-laws, Seattle with her daughter and sister Marlys, the Black Hills with family, and going to casinos all around the area. Tuda was known for her infectious smile and telling you how it was. There was no sugar coating anything with her. She was also known for making the most amazing mock angel food cake, chocolate pie, and sauerkraut and dumplings.

She is survived by her husband Dean, her daughter Bobbie Jenniges of Marshall, her son Tyler Beermann of Marshall, two grandchildren, Avery Jo and Cash Robert, Brother Delbert (Kay) Pingeon of Springfield, sister Marlys (Tom) Jenniges of Lamberton, sister Robin (Alan) Groebner of Springfield, Sister-in-laws Bonnie (Darlo) Kaehler of Hillman, MN, Sharon (Ed) Fisher of Cedar Rapids, IA, Linda Hayes of Savage, MN, Nancy (Paul) Bartunek of Prior Lake, MN and Cindy Stage of Redwood Falls, MN. Aunts and Uncles, many nieces and nephews as well as great nieces and nephews and cousins. She was preceded in death by her parents and her parents-in-law Cliff and Cleo Beermann.