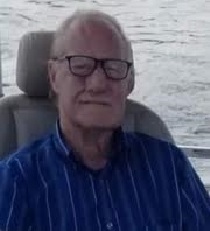 Dennis Sell, age 75, of Clements passed away on Friday, August 20, 2021 at Abbott Northwestern Hospital. Memorial Services will be held at 11 a.m. on Friday, August 27, 2021 from Nelson-Hillestad Funeral Home in Morgan. Burial, with military honors, will follow at St. Joseph Catholic Cemetery, Clements. Visitation will be held Friday, from 10 a.m. until 11 a.m., at the funeral home.

Arrangements are with Nelson-Hillestad Funeral and Cremation Service of Redwood Falls and Morgan. E-mail condolences may be sent via www.nelson-hillestad.com.

He attended and graduated from Redwood Falls High school. After high school Dennis joined the Air Force and served in the Vietnam War from November 1967 until December 1969. Dennis enjoyed watching dirt track racing and the Vikings play. Dennis liked to fish, spend time with family and working outside. He worked for both Zytec and Daktronics for over 23 years.

Dennis preceded in death by his parents, James and Jane Sell.