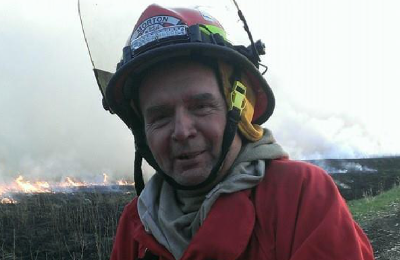 Charles “Chuck” Robinson, age 66, of Morton passed away unexpectedly on Saturday, December 25, 2021, at Olivia Hospital and Clinic in Olivia, Minnesota. A celebration of life and burial in the Morton City Cemetery will be scheduled later in the Spring of 2022.

Charles August Robinson was born to George and Phyllis (Wolter) Robinson in Redwood Falls on April 18, 1955. He attended and graduated from Morton High School in 1973 and then attended St. Cloud Technical College, graduating in 1974. After college he worked in the Twin Cities for a number of years, before returning to Morton where he worked for a number of area farmers, including the Frank family, where he worked for over 20 years. He was currently employed by Transystem. Chuck was a member of the Morton City Fire Department and was a First Responder for over 40 years. He is one of only a few original golfers from the Morton Open golf tournament, golfing every year for 35 years. He enjoyed the outdoors – snowmobiling, motorcycling, and spending time with his nieces and nephews. Chuck enjoyed gardening and always shared his pumpkins from his garden with the neighborhood kids and would have his nieces and nephews pick out their own pumpkins each year.