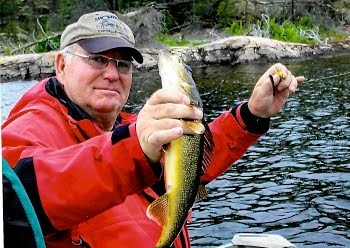 Adrian “Pete” Edwin Nels Sandberg, age 74, of St. Louis Park, died Sunday, January 24, 2021, at the VA Medical Center in Minneapolis.  Funeral services will be Friday, January 29, 2021, at 1:00 p.m. at First Lutheran Church in Renville.  The Rev. Jane Crawford will officiate.  Burial with Military Honors provided by the Golden Valley V.F.W. will be in Fairview Cemetery in Renville.  Visitation will be held 2 hours prior to the service at the church on Friday.  Arrangements are with Dirks-Blem Funeral Service, Renville, MN.

A livestream of Pete’s funeral can be seen at https://my.gather.app/remember/pete-sandberg       .

Adrian “Pete” Edwin Nels Sandberg was born on April 11, 1946, in Willmar, Minnesota to Edwin and Mabel (Engstrom) Sandberg.  He grew up in Renville and attended Renville High School graduating in 1964.  During his high school years, Pete was a gifted athlete, lettering in Football, Wrestling, and Baseball.  Following high school, Pete served his country in the United States Navy from August of 1964 until his discharge in July of 1968.  After returning from the service, he met Judy Thelen and they were united in marriage on January 10, 1970, in Staples.  They resided in St. Louis Park and Pete worked as a lineman for NSP/Excel Energy.  Pete was an active member of the Golden Valley V.F.W. and served many years on the post honor guard. He was an avid outdoorsman who enjoyed hunting and fishing.  He was a good steward of the earth, and enjoyed coaching and teaching young kids to respect each other and the outdoors. He took great pride in leaving each place better than he found it.  Pete was extremely family orientated and loved attending his family’s events and activities.  He would often drive from one end of the city to the other just to watch his grandchildren compete.

Survivors include his sons and their spouses:  Craig (Heather) of Hanover, Jason (Terri) of Maple Grove; his three grandchildren: Kaden, Kyle, and Odin; his sister, Myrtle (Hillman) Knutson of St. Louis Park; and other relatives and friends.  He was preceded in death by his parents, and his beloved dog Buck.