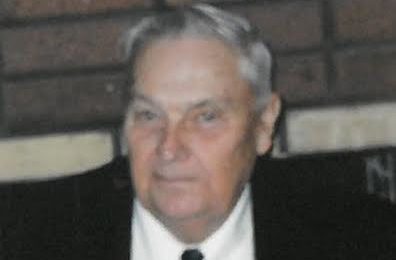 Wayne Bennett, age 91 of Wabasso, passed away Tuesday, May 26, 2020 at St. Cloud Hospital after battling Parkinson’s disease for many years.  Funeral Services by invitation only at 10:30 a.m. Saturday, May 30 at First Presbyterian Church in Redwood Falls.  Visitation will be one hour prior to the service at church on Saturday.  The service will be broadcasted via Facebook Live on the Stephens Funeral Service Facebook page. Interment will be in the Wheatland Township Cemetery in Naperville, IL.  Memorials preferred to First Presbyterian Church in Redwood Falls or a charity of your choice.  Facebook link may be found and online condolences may be sent at www.stephensfuneralservice.com.  Stephens Funeral Service – Redwood Valley Funeral Home is assisting the family with arrangements.

Wayne Bennett was born January 20, 1929 to Basil and Ella Grace (Dystrup) Bennett at their home in rural Lemont, Illinois.  He was baptized at the age of twelve at First Presbyterian Church of Du Page in Plainfield, IL.  He also joined the church that same day.  As a young man he was active in church activities.  Wayne pitched on the church softball team and the farm bureau league team for many years.  He also served many years as the church trustee.  He attended Chapman Grade School in Du Page Township, Will County, IL.  On June 6, 1946, Wayne graduated from Naperville High School in Naperville, IL.  He continued his education at North Central College in Naperville.  After his father had passed, Wayne farmed the family farm for his mother.  On August 13, 1950, he married Rosemary Leuthold at the First Presbyterian Church of Dubuque, IA.  They lived and farmed on the Bennett family farm.  Wayne was drafted in the army from June 1955-March 1957 and was stationed at Fort Belvoir, VA.  After he was discharged, Wayne continued to farm the family farm until March of 1977.  The couple then moved to a farm they bought in Vail Township, Redwood County, MN.  Wayne was a member of the First Presbyterian Church of Redwood Falls, where he served on the Session for many years and also served as a Deacon.  Wayne was a farmer and loved the land.  He had been a dairyman for many years in Illinois.  When he was young he played on softball teams as a pitcher and later enjoyed sports as a spectator.  He especially enjoyed watching the various team sports at the Wabasso High School.  Wayne was very good at Sudoku and other mind bending puzzles. At his old age he was still able to keep his mind active by working those brainteasers, as well as pursuing his other interests.  He enjoyed reading, listening to the radio and TV, especially sports and news.  Wayne had a casual interest in a coin collecting and going on occasional trips.  He enjoyed riding around the countryside and he often like to go home on a different route than he had before.

Wayne is survived by his wife Rosemary Bennett. He is preceded in death by his parents, sisters Clarice Row and Eleanor Crego, brother Basil Robert Bennett, nephew Lawrence Bennett, and a niece Karen Row.