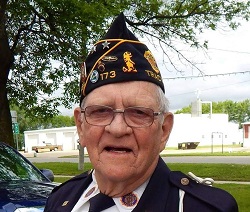 Jans Visker, age 89 of Tracy, passed away Thursday, March 17, 2022 at Sanford Tracy Hospital.  Funeral Services will be held at 11:00 a.m. Monday, March 21, 2022 at Tracy Lutheran Church.  Visitation will be one hour prior to the service at church on Monday.  Interment will be in the Fort Snelling National Cemetery at a later date.  Online condolences may be sent at www.stephensfuneralservice.com.  Stephens Funeral Service – Tracy Area Funeral Home is assisting the family with arrangements.

Jans Klaus Visker was born January 21, 1933 to Eltjo and Katherine (Dilly) Visker in White, South Dakota.  At a young age his family moved to Tracy, Minnesota, where he grew up on a farm near Lake Shetek.  Jans attended country school southwest of Tracy.  In January 1953, he enlisted in the U.S. Air Force.  Jans served as an airplane mechanic at the Air Force base in Roswell, New Mexico.  He received his honorable discharge in January 1957.  On April 16, 1955, he married the love of his life, Mabel Vigil, in Santa Fe.  Together the couple lived in Sibley, Iowa for a year, where Jans worked at Graves Construction.  In 1958, they moved to Tracy, Minnesota and they purchased the city service station, which Jans operated for many years.  Jans also, drove a star mail route.  He began school bus driving in 1962 and later became transportation supervisor.  Jans worked for the school district for many years, until he retired in 1995.  He was a volunteer fireman for 20 years and was an active member of the American Legion, where he served many years on the color guard.  Jans also served as commander and adjutant over the years.  He enjoyed bowling, softball, hunting, fishing and traveling all over.  You could often find Jans spending time at his cabin on Lake Shetek, which he built.  He loved spending time with his family, especially his grandchildren and great grandchildren.  Jans loved attending their sports and activities.