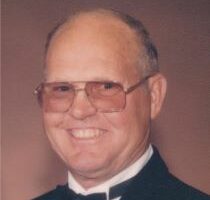 Funeral service for Gerald Fennern will take place at St. Matthew’s Lutheran Church in Wabasso, MN on Saturday January 21, 2023 at 11:00 a.m. with a public visitation one hour prior. A luncheon will be held following the memorial service at the Wabasso Community Center.

Gerald “Jerry” Herman Ernest Fennern was born on June 1, 1933 in Vail Township, MN to Walter and Lillie (Werner) Fennern. He was baptized and confirmed at Willow Lake Trinity Lutheran Church, rural Sanborn, MN.  He remained active there serving as president, treasurer, and trustee and volunteering for many additional duties.

Gerald graduated from Wabasso Public School in 1951, after which he attended Business College in Mankato for two years.

In 1955 Gerald met the love of his life, Marion Edenburn. The couple was married on November 2, 1957 at Rock Valle Lutheran Church, Echo, MN. He lived near Chokio, MN from 1958-1960, where he began farming.  In 1961, he moved to rural Wabasso, MN, where he continued his farming career. Gerald had dairy cows for several years and raised livestock and grains. While continuing to farm, Gerald also worked at the Wabasso Healthcare Center for several years. He retired from farming in 2015; however, as they say, farmers never retire. He continued to listen to the daily markets and discussed farming with everyone he could. He remained on the farm until November 21, 2022.

Gerald had a passion for collecting toy tractors, especially John Deere.  He became very interested in antiques and he became a regular at area auctions bringing home an abundance of “treasures”.  He was an avid supporter of all his children and grandchildren’s activities. He loved spending time with his family, spoiling his grandchildren and great-grandchildren especially brought him joy.

Gerald passed away on January 7, 2023, at the Parkview Home in Belview, MN.