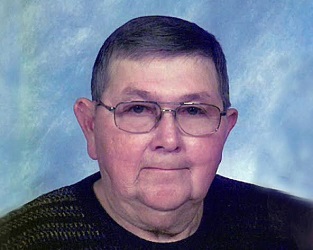 Donald Friedley, age 88 of Wabasso, passed away Thursday, December 9, 2021 at Carris Health – Redwood Hospital. Funeral Services will be held at 11:00 a.m. Wednesday, December 15, 2021 at First United Methodist Church in Redwood Falls. Visitation will be held 4:00 – 6:00 p.m. Tuesday, December 14 at the Redwood Valley Funeral Home, and will continue one hour prior to the service at church on Wednesday. Online condolences may be sent at www.stephensfuneralservice.com. Stephens Funeral Service – Redwood Valley Funeral Home is assisting the family with arrangements.

Donald Friedley was born August 24, 1933 in Wabasso, Minnesota to Harvey and Mabel (Auckland) Friedley. He was baptized and confirmed at the Presbyterian Church in Wabasso, and also received his education in Wabasso. Don worked on the family farm before enlisting in the US Army in April of 1953. While in the military, he worked in construction and was stationed in Seattle. In April of 1955, Don returned home and shortly thereafter he began his lifelong career as the custodian at the school in Wabasso. On September 10, 1955, Don married Carol Benson and they made their home in Wabasso. Don was a member of the First United Methodist Church in Redwood Falls for many years. He enjoyed gardening and watching westerns. Don also loved fishing, camping, and being at the lake where he made many friends.

Don is survived by his son Lindsey (Sharon) Friedley of New Ulm; grandchildren: Nicole Friedley of Mankato and Nathan Friedley of the Twin Cities; brother Ray (Diane) Friedley of Lamberton; and many other relatives and friends. He is preceded in death by his parents, wife Carol, sons Kevin & Terry, and brother Ervin “Sonny” Friedley.