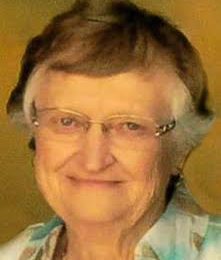 Connie (Osland) Stiles, age 81 of Sioux City, IA, passed away on Wednesday, June 2, 2021.  Funeral Services will be held at 11:00 a.m. Tuesday, June 8, 2021 at St. Olaf Church in rural Walnut Grove.  Visitation will be held 9:00~11:00 a.m. on Tuesday at the church.  Interment will be in the Tracy City Cemetery. Online condolences may be sent at www.stephensfuneralservice.com.  Stephens Funeral Service – Walnut Grove Funeral Home is assisting the family with arrangements.

Connie (Osland) Stiles was born September 22, 1939 at home on the family farm in Jeffers, Minnesota, Cottonwood County to Carl and Martha (Warner) Osland. She was baptized November 12, 1939 at Highwater Lutheran Church in Lamberton, MN and was confirmed at St. Olaf Lutheran Church July 11, 1954 in Walnut Grove, MN. She graduated from Walnut Grove High School in 1957. Furthering her education, she went to Union Hospital Nursing School in New Ulm, MN graduating in 1959. She worked at the Westbrook Hospital in Westbrook, MN until she was united in marriage to Daniel Stiles March 11, 1960 at St. Olaf Lutheran Church Walnut Grove, MN. To this union three daughters were born, Cindy, Lori and Jodi. She worked at Tracy Hospital till Dan started his career with NCR in June 1962. They moved many times over the years but settled in Sioux City, IA in 1965 and have been there since. Connie worked part time at St. Luke’s Hospital. She enjoyed caring for her patients. Another thing she enjoyed & looked forward to was going to Women of Faith seminars with her daughters and sisters. Highlight of the year for ten years. She loved her flower gardens and vegetables. Enjoyed watching and feeding the birds, music was big part of her life playing piano & keyboard. Going to country music singers & Southern gospel shows. Their eight grandchildren and one great-grandson were precious to her. She enjoyed babysitting and caring for them over the years. They enjoyed spending summers at their cabin at Lake Buchanan in Minnesota, going boating, fishing and entertaining family and friends for 30 years.