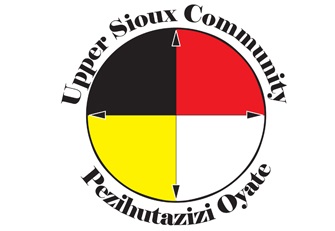 A Willmar woman was shot and injured during a domestic dispute in the Prairie’s Edge Casino parking lot Monday evening.

According to Christopher Lee, Chief of Police and Emergency Manager of the Upper Sioux Police Department, on March 15, at about 11:15 p.m., Prairies Edge Casino Resort security staff were  alerted to a possible domestic dispute in the parking lot at the casino.

Before security staff arrived, the people having the dispute had left the casino in a vehicle. At about 11:30 p.m., while law enforcement was investigating, they received a report of a 31 year old woman from Willmar had been admitted to the Avera Granite Falls Hospital emergency room with a gunshot wound to the leg.

Further investigation showed the victim and her boyfriend, a 41 year old man from Morton, were the ones reported having an argument in the casino parking lot. According to the victim, the male suspect had threatened her with a gun in the parking lot, and had panicked when officers approached. She claimed he had forced her into the vehicle, and she received the gunshot wound as they were driving away from the casino.

Law enforcement agencies from a variety of jurisdictions responded as a region-wide alert was put out for the suspect. The vehicle was quickly found, unoccupied, at a residence in Granite Falls. At about 3 p.m. Tuesday, the suspect and another female were located and taken into custody without incident, along with the weapon believed used in the incident.

The suspect is currently in the Yellow Medicine County jail pending multiple felony charges. The victim was transported to Hennepin County Medical Center for further treatment, and is currently reported in stable condition. The case remains open and active, with additional charges pending.