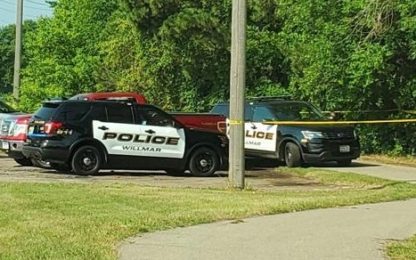 A Willmar man apparently killed himself in a city park on Tuesday morning.

According to the Willmar Police Department, at about 8:30 a.m. on July 27, county dispatch received a call from a man who stated he was at a city park, intending to kill himself.

Officers went instantly to the area and spoke to a witness, who stated he had heard a loud sound similar to a gunshot before the police had arrived. However, the witness wasn’t sure what the sound was, or where it came from.

Willmar police used a drone to survey the wooded area, and found an adult male who appeared to be deceased. Investigation showed the man, a 67 year old from Willmar, was dead by an apparent single gunshot would.