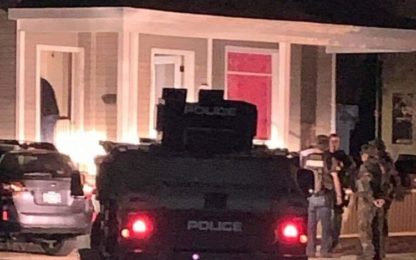 A Willmar man is in the Kandiyohi County Jail facing kidnapping and other charges for allegedly holding a teenager for ransom.

Willmar Police say on Wednesday afternoon a man came to the law enforcement center to report a possible kidnapping. The man said he had paid 44-year-old Edgard Talavera-Latino money to pick up his nephew from Texas and bring him to Willmar. Talavera-Latino brought the 14-year-old to Willmar, then told the boy’s uncle he had the boy, but needed more money for doing the job.

Police located the address in the 800 Block of 5th Street Southwest where the boy was believed to be located and performed a search. They located the boy, who was unharmed, and returned him to family members. A short time later Talavera-Latino was located in Stearns County and arrested on charges including Kidnapping for Ransom, False Imprisonment and Deprivation of Parental Rights. The investigation is ongoing.