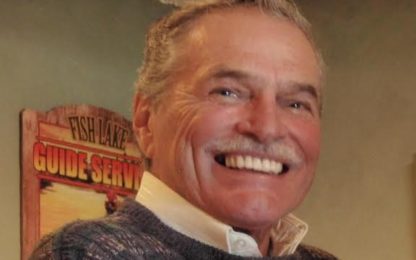 William “Bill” Sparby, age 80, of Olivia died Tuesday, December 29, 2020 at his home in Olivia.  A private family funeral will be held with Pastor Krey Leesman officiating.  Burial will be in the Redwood Falls Cemetery.  Arrangements by Dirks-Blem Funeral Service, Olivia, MN.

William Edward Sparby was born April 16, 1940 at Redwood Falls, MN, to Carl and Helen (Schoelkoph) Sparby. He was raised in Redwood Falls and graduated from Redwood Falls High School. He served his country in the U.S. Navy from 1958-1962 and was stationed in California.  Bill married Maude Ellen Craig on October 8, 1960 in Reno, Nevada. They were blessed with three children and recently celebrated their 60th anniversary. The family made their home in the Twin Cities, then Eden Valley, and for these last many years in Olivia.  Bill had been employed in administration and as a manager of Animal Fair. He had also owned and operated the 212 Motel, as well as managed the Olivia Golf Club and Olivia American Legion Club. Bill then worked in surveillance at Jackpot Junction for 16 years retiring in 2008. He was a member of Faith United Methodist Church in Olivia, the American Legion, and Olivia Golf Club. Bill had enjoyed golfing, fishing, hunting, watching Nascar, carving miniature waterfowl pieces, and being a “mixologist”. Bill absolutely loved helping his children with home ownership projects and was forever teaching the entire family how to “do things”. Bill was a wonderful storyteller, whether recalling his own youth, his children’s growing up years, and of course all those fishing tales. Bill will also be fondly remembered for bestowing nicknames on all his children and grandchildren.

Bill is survived by his wife, Maude of Olivia; his children: Theresa “Teri” (and Kent) Kulow of Ellsworth, WI, Nicole “Niki” (and Grant) Swenson of Barnesville, and Craig (and Melanie) Sparby of Cologne; grandchildren: Carson (and Elise) Kulow, Chrystian Kulow, Garrett Swenson, Nicolas Swenson, and Kaitlynn Sparby; great-granddaughter, Abigail Kulow; and his brother, Bob Sparby of Savage, MN. Bill was preceded in death by his parents and his sister Carol Benson.