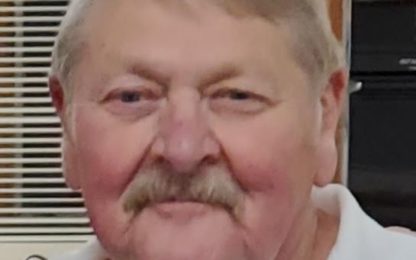 Wayne Raymond Klein, age 74 of Tracy, passed away peacefully surrounded by family Wednesday, July 15, 2020 at Sanford Hospital in Sioux Falls.  Memorial Services will be held at 11:00 a.m. Tuesday, July 21 at Tracy Lutheran Church.   Visitation will be one hour prior to the service at church on Tuesday.  Interment will be at a later date.  Due to the current Covid-19 restrictions, please wear a mask and practice social distancing guidelines. A 50% indoor occupancy restriction will be maintained.  Online condolences may be sent at www.stephensfuneralservice.com.  Stephens Funeral Service – Tracy Area Funeral Home is assisting the family with arrangements.

Wayne Raymond Klein was born December 13, 1945 to David and Lila (Flesner) Klein in Tracy, Minnesota.  He was baptized and confirmed at the United Methodist Church.  Wayne attended the Tracy Public Schools.  On July 2, 1963 he enlisted and served in the US Navy on the USS Lawrence in the Mediterranean Sea. He was honorably discharged on January 21, 1966 and returned to the Tracy area.  On October 28, 1967, he married Gloria Trealoff at the Little Brown Church in Nashua, Iowa.  The couple made their home in Tracy, where Wayne worked at Tracy Bottling Company as a plant supervisor for many years.  Wayne was a hard worker and earned his supervisor job by working his way up through the company.  After the Bottling Company closed, Wayne went to work at the American Legion, where he was manager until he left due to health issues.  He also helped Gloria with her home daycare until March 2020.  He was “Papa Wayne” to many children over the years.  Wayne was a member at the Tracy American Legion and the VFW.  He enjoyed going hunting and fishing and was a member of Ducks Unlimited and the Minnesota Deer Hunters Association.  Wayne loved to watch his two favorite sports teams, the Minnesota Twins and Vikings.  He had fun participating in bowling and dart leagues.  He enjoyed playing board and card games with his family, especially Pinochle, 500 and Hand and Foot. Wayne always loved hosting the Klein family gatherings & cherished every moment the family was together.