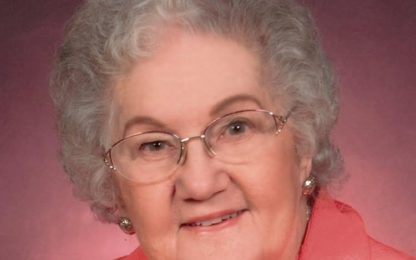 Arrangements are with Nelson-Hillestad Funeral and Cremation Service of Redwood Falls. Condolences may be sent via www.nelson-hillestad.com.

Virginia Loretta Nelson was born on September 6, 1920 to Alfred and Anna (Klabunde) Dugas in Clements, Minnesota. She grew up in Clements and graduated from Wabasso High School. On April 18, 1938, Virginia married Elmer Nelson in Sioux Falls, South Dakota. They made their home on a farm SE of Clements.

She also enjoyed writing beautifully ornate handwritten letters to family and friends. She was a member of Gloria Dei Lutheran Church of Redwood Falls and at one time a member of the American Legion Auxiliary in Clements.

Virginia was preceded in death by her husband, Elmer, her son, Terry Nelson, a brother, Kenneth Dugas and brother in law, Leonard Berberich.

In Lieu of Flowers, the family prefers memorials to Gilmor Manor or Gloria Dei Lutheran Church.