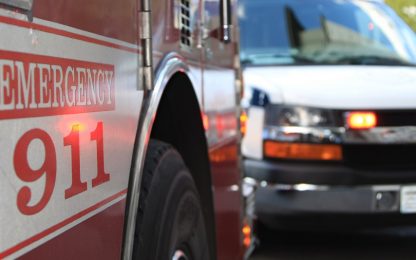 At about 8:40 a.m. on May 9, the Redwood County Sheriff’s Office was called to the scene of a collision at the intersection of Birch St. and Eighth Avenue in Lamberton. The officer arrived to find two vehicles in a T-bone crash: a 2010 Ford Fusion that had sustained severe damage, and a 1969 International pickup with moderate damage.

The Redwood County Sheriff’s Office was assisted by the Lamberton Police Department, and Nelson’s Towing and Salvage.