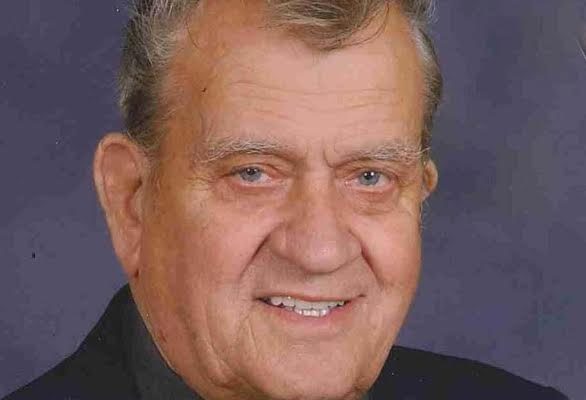 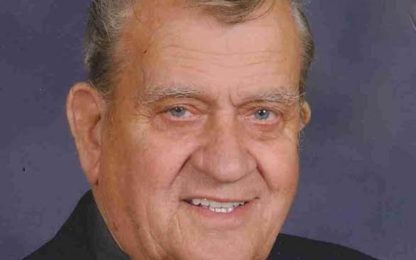 Visitation will be on Friday, January 29, 2021 from 11:00 am to 2:00 pm at the St. Raphael Catholic Church in Springfield, MN. Due to Covid 19, visitation will be a “walk through” visitation to avoid congregating or gathering inside the building. All who attend are asked to wear masks and maintain social distancing guidelines.

Service will be held at the St. Raphael Catholic Church in Springfield on Friday at 2:00 pm.

The clergy will be Father Garrett Ahlers. Interment will be at the St. Raphael Catholic Cemetery in Springfield, MN.

Arrangements are with the Sturm Funeral Home in Springfield. Online condolences may be left for the family at www.sturmfh.com.

Urban was born February 2, 1931 to Theodore J. and Theresa Salonek (Lyrek) at the farm home, south of Montrose, Minnesota. He was the third of four brothers and two younger sisters. Urb graduated from Watertown High School in 1949, where he played football in his junior and senior years.
Urban volunteered for Military Service in July of 1951, took basic training at Fort Riley, Kansas, morse code training in Fort Devens Massachusetts, and qualified for Officer Candidate School at Fort Benning, Georgia, graduating in February 1953. He was shipped to Seoul, Korea as a second Lieutenant, and was assigned to five front line detachments that he traveled to on a weekly basis. Urban was honorably discharged in 1954 and enrolled at St. John’s University, Collegeville, Minnesota and graduated in January 1958 with engineering and accounting degrees.
Urban married Rosalie Peter in June 1957 and to that union six sons and one daughter were born and all raised in Springfield.
Urban started work as a construction coordinator for the Engelen Corporation, then Engelen Twin City in April of 1958 and continued there until December 1974 when Urban and Rose purchased the ready-mix plant and equipment. In January 1975 Urban and his wife purchased all the construction equipment and supplies from Engelen Twin City and founded Salonek Concrete & Construction, Inc., a family business still in operation today with second and third generation family employees.
In his free time outside the business, Urban enjoyed spending time with his kids & grandchildren, reading, watching the birds & squirrels, and puttering in his garage.
Urban is survived by his Wife of 63 years, daughter Judy (Dave) Rubey, sons Jack, Kent (Mary), Rodney (Wendy), Craig (Darcy), and Chad (Annette), and daughter-in-law Deb, 21 Grandchildren 18 Great Grandchildren, sister Ann (George) Lambrecht and sister-in-law Jeanne Salonek, and many nieces & nephews.
Urban was preceded in death by son Todd, brothers Paul, Leo, Ted, sister Donna Bloom, sisters-in-law Elaine and Marge, and brother-in-law Don Bloom.