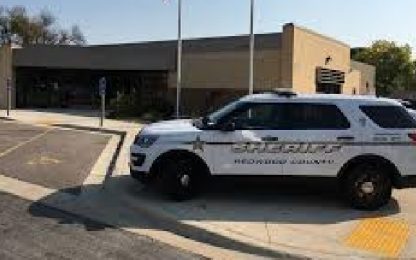 At about 10:41, the office received a report of a crash at the intersection of Crown Avenue and 160th Street, near Walnut Grove. Preliminary investigation showed a Ford Fusion driven by Benjamin Johnson of Walnut Grove was southbound, and struck a Chevrolet Impala driven by a westbound Helen Tate, who was taken from the scene by ambulance.

This collision is still under investigation by the Redwood County Sheriff’s Office and the Walnut Grove Police Department.

Several hours later, at 6:26 p.m., the Sheriff’s Office was called to a report of a one-vehicle rollover on County Road 1, south of 270th Street. The driver, a 16-year old male, lost control of a 2001 Chevrolet Blazer while entering a curve. The Blazer crossed into the opposite lane of traffic before entering the west ditch and overturning onto its roof.

The driver was able to leave the vehicle and wave down a passerby for help before being transported to Carris Health – Redwood for treatment of his injuries. The Morgan Ambulance and Clements First Responders assisted at the scene.