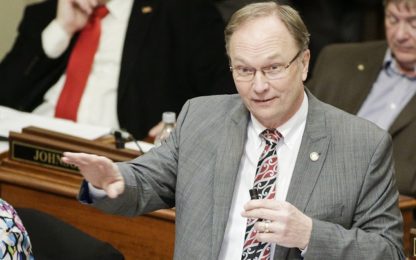 “This is welcome news, as it shows Minnesotans have been spending money and supporting businesses as much as they can in the face of a pandemic,” said State Representative Paul Torkleson (R-Hanska). “Many of us were expecting a grim update, but I’m pleased our economy is experiencing significant improvement.”

Torkelson said much of that improvement is thanks to better-than-expected tax revenues driven by a rebounding economy, strong consumer spending, and federal relief that allowed unemployed workers to continue paying income taxes. State spending also lessened by roughly $1 billion.

While Minnesota’s economy appears to be trending in the right direction, Torkelson said more work remains. This includes safely reopening businesses where Governor Walz has shuttered or hindered operations – such as restaurants, bars, gyms and fitness centers, bowling alleys and movie theatres.

“With this surplus we have to provide aid to those business owners who are struggling the most, and we need to allow them to safely serve their customers so they can survive,” Torkelson said.

As for the projected deficit in the upcoming budget, Torkelson said the figures do not reflect any use of Minnesota’s nearly $2.4 billion budget reserve or any federal aid, which could be used to offset any state funding shortfall.

“One thing is certain, tax increases should not be on the table as we look to set our next budget,” Torkelson said. “Our residents have been punished enough over the past several months, and we have other options to balance the books.”