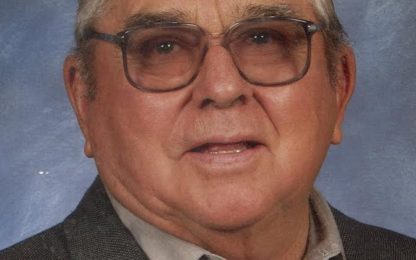 Thomas Tersteeg, age 87, of Bird Island, MN died on Wednesday, June 9, 2021 at the Olivia Hospital. Mass of Christian Burial will be on Monday, June 14, at 11:00 a.m. at St. Mary’s Catholic Church in Bird Island with Father Joe Steinbeisser as celebrant. Burial will be in the church cemetery. Visitation will be on Sunday, June 13 from 3-5 p.m. at Dirks-Blem Funeral Home in Olivia and will continue for one hour prior to the service on Monday at the church.

Thomas Martin Tersteeg was born on July 23, 1933 to Martin and Catherine (Serbus) Tersteeg on the farm in Bird Island Township. After school he began farming with his family. Tom was united in marriage to Freya Foesch on June 8, 1974 at St. Mary’s Catholic Church in Bird Island and they made their home on their farm Southwest of Bird Island. They were blessed with three children. He was a dedicated member of St. Mary’s Catholic Church. He was also a member of the Knights of Columbus and enjoyed all of the men’s retreats at the King’s House. One of his favorite pastimes was going for drives and looking for the water tower in each town he went to. Tom also liked going to thrashing shows. He loved going out to eat particularly at Bumps in Glencoe and Athmann’s in Bird Island. He finally retired from farming in 2000, but continued helping his son who took over for him.  He always enjoyed getting a chance to drive the tractor and giving Dan advice. Tom was a kind and courteous man. He was well liked by the many healthcare workers that had helped him over the years. Tom moved to Parkview Village in Olivia and it truly became his home. There he was treated like family and received great care. He was proud of his family, especially his grandchildren, and loved visits with them most of all. Tom will be remembered for his detailed stories of the past and having a generous and soft heart.