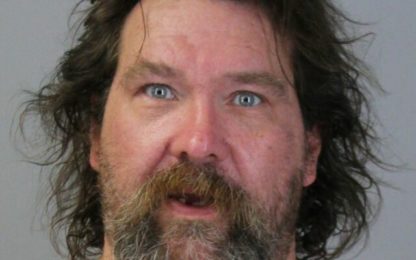 A St. James man is accused of an assault that sent a family member to the hospital. Jeremy Jay Matter, 47, was charged with felony counts of burglary and domestic assault Thursday in Watonwan County Court.

According to a criminal complaint, Matter assaulted a family member with a piece of broken furniture after she declined to give him money.

The victim said Matter became upset and began breaking and throwing things.  Matter refused to leave the home when asked.  He allegedly picked up a piece of a broken chair and swung it at the victim, hitting her in the eye and cutting her. The victim ran to a neighbor’s house for help.  The victim was bleeding from the head and the neighbor took her to a hospital.

Matter was found by police sitting on a swing in the victim’s yard.  Police say he was highly agitated and yelling about people “emotionally abusing” him.

Matter is also charged with 5th-degree assault, trespass, and damage to property, all misdemeanors.