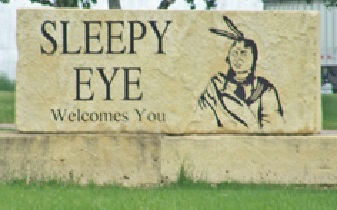 A Sleepy Eye man is accused of pulling a gun on a telephone tech who was performing a locate service at his home.

According to a criminal complaint, a Nuvera employee was performing a line locate at an address north of Sleepy Eye.  The victim told police was driving a vehicle that had a service light and the company emblem, and he was wearing a high-visibility vest over his clothing.

The complaint says the victim was beginning his locating service when Steffl exited the home and pointed a 12-gauge shotgun at him.  The tech tried to de-escalate the situation by explaining why he was on the property, and Steffl put the gun down and removed a shell from the gun, according to the complaint.

The victim called his employer, who advised him to contact the sheriff.  Police say the victim was shaken.

Steffl told investigators he saw a vehicle parked out in front and went to get his gun “because who the hell was walking around his house,” says the complaint.  He admitted the shotgun was loaded, but said he ejected the shell and put the gun down when he realized who at his home.

Steffl has been summoned to appear in Brown County Court on January 22.