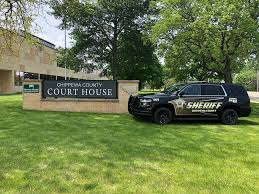 A semi-truck went off the road and ended up in a Chippewa County field on Friday afternoon.

According to the Minnesota State Patrol, at about 5 p.m. on March 5, a 2007 International semi-truck driven by Roland James Bloomquist, age 54, of Kandiyohi, was southbound on Highway 23. At 140th Avenue SE, east of Clara City, the semi left the roadway and ended up in a field in Lone Tree Township.