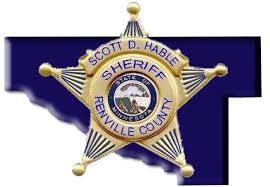 A Sacred Heart woman died in a Renville County crash Friday morning, while the driver of the vehicle sustained serious injuries.

On Friday, May 22, at about 5:43 a.m., the Renville County Sheriff’s Office received a 911 call reporting a crash near the intersection of County Road 11 and 160th Street, approximately three miles north of Sacred Heart. The caller reported the crash involved one vehicle, and that there were two occupants inside.

The preliminary investigation indicates that the Chevrolet Blazer was traveling south on 160th Street, entered the ditch and overturned multiple times.

Danielle Johnson was pronounced dead at the scene. Nicholas Brekke was transported to CentraCare Hospital with serious injuries.