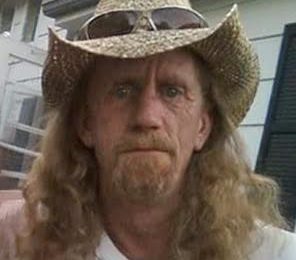 Russell Wayne Coburn, age 61 of Redwood Falls formerly of Fairfax, Minnesota passed away peacefully Saturday, August 8, 2020 at his home. The Lord finally gave him relief from his pain.  Memorial Services will be held at 4:00 p.m. Wednesday, August 12 at the Minnesota River Boat Launch at the River Bottom just outside of Fairfax. Due to the current Covid-19 restrictions, GUESTS WILL BE REQUIRED TO WEAR A MASK and practice social distancing guidelines. A 50% indoor occupancy restriction will be maintained. Online condolences may be sent at www.stephensfuneralservice.com.  Stephens Funeral Service – Redwood Valley Funeral Home is assisting the family with arrangements.

Russell Wayne Coburn, more commonly known as Wayne or Russ, was born May 26, 1959 to Jennings and Mary Ruth (Rose) Coburn in Portsmouth, Virginia. Russell has loved three women.  The first was Helen Rothfuss, with whom he raised two children: Anna, with husband David, and Tiffany, with husband Daniel.  The second was Janice (Geanean) Narvaez, with whom he raise two more children: Casey, with girlfriend Amelia, and Danielle.  The third was Leeann Britt, with whom he raised 11 more children: Joe, Ben, Jeremy, William, Chris, Esther, Cassandra, Sabrina, Tawnya, Nick and Russell Jr. Wayne moved from Lancaster, California to Fairfax, Minnesota in 2008.  He worked for American Van Lines moving company and was later a landscaper.  Russell enjoyed fishing, gardening, cooking, and baking.  He loved music and spending time with his family and friends.  Russell was one of the most amazing fathers anyone could ask for.  We want to say thank you and we love you dad/grandpa/pops!

Russell is survived by his 16 children, listed above; many grandchildren, including: Rachel, Elijah, Derek, David II, as well as numerous others that he loved dearly in California; brother Daryl Coburn of Lancaster, CA; his dogs: Chloe and Missy; and many other close relatives and friends. He is preceded in death by his parents, his first love Helen Rothfuss, and father-in-law Charles Rothfuss.