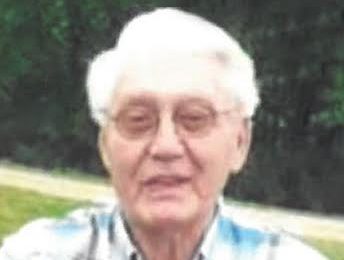 Robert Philip Rosengren, age 93 of the Slayton area, passed away Tuesday, April 20, 2021 at Pipestone county Hospice Home as a result of a stroke.  Private graveside services will be held at a later date in the Lake Sarah Baptist Cemetery.  Memorials preferred to Pipestone Co. Hospice.  Online condolences may be sent at www.stephensfuneralservice.com.  Stephens Funeral Service – Tracy Area Funeral Home is assisting the family with arrangements.

Robert Philip Rosengren was born March 13, 1928 to Archie and Verle (Kline) Rosengren in Minneapolis, Minnesota.  He attended school in Cable, Wisconsin and Northfield, Minnesota, before enlisting in the U.S. Navy.  Robert served during WWII in Pearl Harbor as Seaman 1st Class.  After receiving his honorary discharge, Robert returned to Minneapolis.  On September 24, 1949, he married the love of his life Alice Meech in St. Paul.  Robert continued his education at Dunwoody Institute in Minneapolis.  There, he graduated with a degree in auto body & fender repair.  Robert & Alice then moved to Tracy in 1954, where Robert worked for Guy Salmon Auto for 10 years.  The couple then moved to Albert Lea for 6 ½ years to manage Big Island State Park.  On August 26, 1966, Robert & Alice returned to Lake Shetek State Park, where Robert was the park manager.  A role he served for 28 years, before his retirement.  Robert earned the WWII Victory medal.  He was a long time member of Lake Sarah Baptist Church.  Robert enjoyed deer hunting, riding dirt bikes and 4-wheelers.  To pass the time he enjoyed fishing or traveling across North America.   Robert loved spending time with his family and friends.

Robert is survived by his wife Alice of 72 years; children: Mary Molitor of Currie and William Rosengren of St. Paul; many grandchildren, great grandchildren and other relatives and friends. He is preceded in death by his parents and son-in-law Bill Molitor.