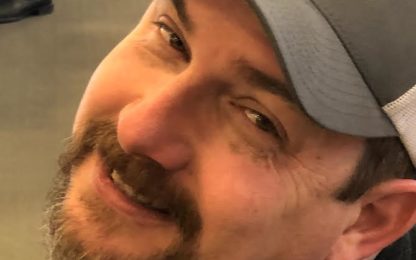 Robert Joseph Tersteeg, 46, of Minot, North Dakota, died after a fierce battle with COVID-19 at the University of Minnesota Hospital on June 3, 2021.  Rob’s Wake will be held at St. Mary’s Catholic Church in Bird Island, MN from 4pm-7pm on Friday, June 11, 2021. Rob’s Funeral will be held at 11am on Saturday, June 12, 2021, also at St. Mary’s Catholic Church and a Celebration of Life will follow the burial at Al and Peggy Tersteeg’s, 81682 350th Street, Olivia, Minnesota. All are invited to come celebrate a life that will forever be missed.  In lieu of flowers, memorial are preferred.  Arrangements are with Dirks-Blem Funeral Service, Olivia, MN.

A livestream of the service will be available to view on Saturday, June 12 at 11:00 am. by clicking on the following link. https://my.gather.app/remember/rob-tersteeg

Rob was born in Minneapolis, MN on September 22, 1974 and attended St Mary’s Catholic School and graduated in 1993 from BOLD High School. He went into the Army National Guard after high school. Rob spent years trucking but finally settled in North Dakota, seeking adventure in the oilfield where he, almost immediately, thrived.

Rob married Amy on August 2, 2014 and they shared the love of a lifetime, even in the short time they had together. Rob was a loving, doting dad to three children he adored, Nikolai, Olivia and Kaylie.  Even with his busy work schedule, Rob rarely missed an event if one of his kiddos was involved. He never complained when Amy would volunteer him for hours of fundraising for school; he was always ready to step into any role she needed filled.

Rob loved spending time on the water, either with his buddies or with his family.  Amy and Rob were in the process of “living their dream” and building the perfect lakehouse on Rice Lake, just around the bend from their best friends, Jimmie, Ashley, Madison and Davin Hayes. Rob was relaxed and at peace around the water and spent as much time doing what he loved as he could, whether it be traveling up to Rainy Lake to spend time at the Green Cabin or trying his hardest to throw the kids off the tube behind his “Pontuna”. No matter where he was, or who he was with, one thing was for sure – he was sharing his infectious laugh (laughing hardest when he was talking to two of the most important friends he ever had, his sisters, Gina and Kelly).

Rob was an instant pro at most anything he tried (with the exception of golf, to his dismay). He and Amy, along with their friends, spent hours playing cornhole with the Bakken Bombers and bowling in the Sunday Night Mixers (where he nearly perfected his “tornado”). Rob had the unique talent of making friends anywhere he went, because, well, he could literally find something in common with everyone. But, his most beloved topic was farming.  He could spend hours talking crops and tractors, seed and cows.

To everyone, Rob seemed invincible; nothing could hold him down, even though there were many situations that would have taken down a lesser man.  Rob lived his life with a heart full of fun and laughter and shared that joy with so many.  Mid-May, Rob tested positive for COVID-19, and like everything else that had tried, he and Amy knew it couldn’t take him out for long. But COVID is a vicious virus and it was finally the thing that could bring a man who was larger than life, down. As with all things, Rob fought hard, with Amy as near to his side as she could be.  A multitude of prayer warriors, from across the whole country, lifted him daily in prayer, but God had a different plan for Rob. Rob’s final wish was that his journey with COVID might save even just one more loving husband, son, father, uncle, friend.  Rob regretted not being vaccinated and, immediately upon hospitalization, made Amy promise to vaccinate the kids.

Rob’s life was full of loving friends and family and he will be missed but never forgotten by all those who knew him.

Rob was preceded in death by his grandparents, Donald J. Tersteeg, Dorothy and Tommy Thomson, Mary and Bud Prettyman and his aunt Beth Prettyman.