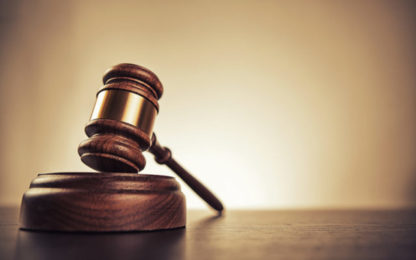 A Redwood Falls man was sentenced in Redwood County court last week after removing an electronic monitor informing his wherabouts to law enforcement.

On March 9 of this year, a Redwood Falls police officer met with Department of Corrections agents at the Quality Inn in Redwood Falls, to assist in locating John Donald Stillson, age 27, who was on intensive supervised release who had cut off his ankle monitor.

Law enforcement entered a hotel room, and found an ankle bracelet on the bed, with its bracelet strap damaged and cut. The Department of Corrections agents confirmed the ankle bracelet was the one assigned to Stillson.

Later that same day, Stillson was found during a traffic stop conducted in Redwood Falls.

On Monday, Aug. 9, Stillson was convicted on a charge of escaping from custody, held pursuant to lawful arrest on charges. He was sentened to 365 days in the Redwood County jail, with 124 days stayed for two years, and credit for 154 days served.