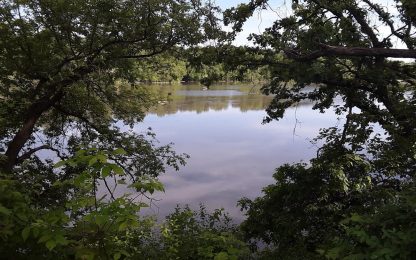 If you build it, they will come. The people nearby just might have to put up with some noise for awhile.

The upcoming Lake Redwood dredging project, set to begin in about two months, is expected to be a 24 hours a day, seven days a week effort from mid-summer until the open water season ends next year, with a break for when the lake freezes in winter.

Unfortunately, it’s not going to be a completely silent operation. It will involve machinery on the surface of the lake pulling up about 650,000 cubic yards of sediment and piping it to a containment facility several miles away. The contractors, Brennan Industries, were given decibel limits, and estimate the noise level at most times to be similar to that of traffic passing along Highway 19.

Redwood Falls has a noise ordinance limiting construction activities to between 7 a.m. and 10 p.m. The City Council has made exceptions in the noise ordinance before. When MNDoT was milling out S. Mill Street / Highway 71 several years ago, the city council allowed state crews to continue working into the night so the project could be finished in time.