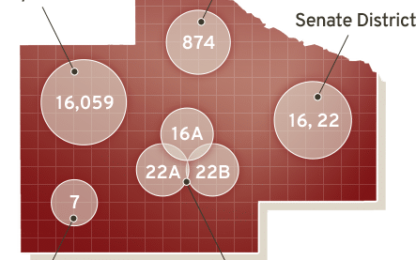 When the 43 precincts within Redwood County finished their final results as of Tuesday at about 11 p.m., the county selections aligned with the statewide selections pretty closely.

September 21
Connect With Us Listen To Us On