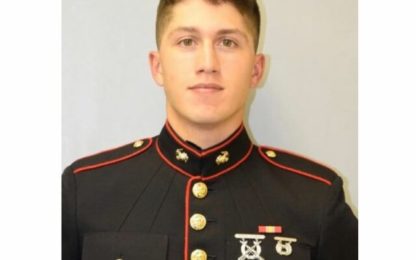 The public is invited to pay their respects Thursday at a procession through southern Minnesota to honor a  Mountain Lake Marine who died in Japan earlier this month.

Cpl Eric-John Niss De Jesus was swimming off the coast of Okinawa on June 6 with three other Marines.  The men were caught in a rip current; all but Niss De Jesus made it back to shore.  His body was discovered three days later.

The procession will travel through Le Sueur, continuing on through St. Peter to Mankato on Highway 169, then heading to Lake Crystal on Highway 60, with Madelia, St. James, and Butterfield also on the planned route, before the final stop in Mountain Lake, scheduled for 4:45 p.m.