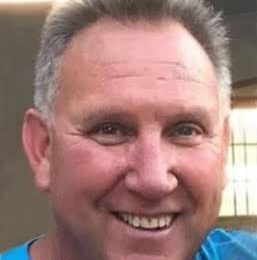 Paul T. Soupir age 62 of Milroy passed away on Saturday, October 17, 2020 at Avera McKennan Hospital in Sioux Falls after an extended battle with Cancer.  A PRIVATE FAMILY SERVICE will be held at 2:00 p.m. Thursday October 22nd at St. Michael’s Catholic Church in Milroy with burial in the Church Cemetery.  Guests are invited to view the service via the Facebook Live Video Feed.  The link may be found and online condolences may be sent at www.stephensfuneralservice.com.  Stephens Funeral Service – Tracy Area Funeral Home is assisting the family with arrangements.

Paul was born May 30, 1958 in Redwood Falls to Charles & Dorothy (Pistulka) Soupir.  He attended Our Lady of Victory Catholic Grade School in Lucan, and finished out his high school at Milroy Public School, graduating in 1976.  Paul chose farming as his career and farmed with two of his brothers.  In 1986, Paul was united in marriage to Marlene Lanoue at Holy Redeemer Catholic Church in Marshall.  Together they had four children: Nick, Josh, Kelli & Anna.  Paul began coaching as a hobby in the early 1980’s.  He coached at Milroy and Tracy High School for many years along with Terry Culhane.  They were regulars to the State Tournament, and had won several State Championships in volleyball and basketball.  He spent the last 16 years coaching at Southwest Minnesota State University in Marshall.  Paul had a spark for life, and with his infectious enthusiasm, he could brighten a room whenever he walked in.  His work ethic motivated everyone around him to be better.  He treated everyone as family, and always brought in food to share.  Paul enjoyed hunting and ice fishing.  More than anything, he loved spending time with his family, and being together at the cabin.