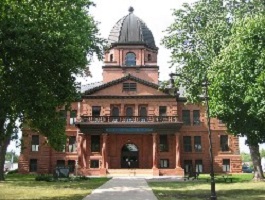 According to Renville County Court documents, an Olivia hog farmer is accused of video recording women showering in his hog barn without their knowledge. Nicolas Steffel, 27, was charged last week with six gross misdemeanor counts of interference with privacy.

According to a criminal complaint, a search warrant for Steffel’s iPhone and iPad was issued after the Renville County Sheriff’s Office received a cyber tip in March from the Minnesota Bureau of Criminal Apprehension regarding a shared video. Renville County investigators allegedly found a video on Steffel’s phone of a female showering in his hog barn. The woman did not appear to realize she was being recorded.

A further search of Steffel’s phone unearthed 23 videos that had been recorded between Oct 2016 and Dec 2019. Another 104 still images were created from the videos. The charging document indicates that the hog barn is bio-controlled, so everyone is required to shower before entering or leaving the barn. Video segments show the recordings of the naked women were made through a window that looks down on a shower stall used by females. There were no shower curtains hanging on the rods.

Investigators were able to identify most of the women in the videos, and spoke with six of the women, who all verified they were the person in the videos and were unaware they were being recorded. All of the women confirmed they had been in Steffel’s hog barn at the time of the recordings and that Steffel was in the barn with them.

Any videos recorded before April 22, 2018, were outside the statute of limitation for charging Steffel with a criminal offense.