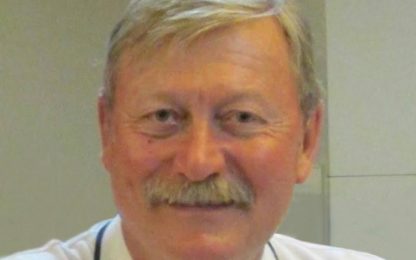 William “Bill” Stone was born June 15, 1949 to Galend and Alice (Howe) Stone in Tracy, Minnesota.  Bill attended school in Tracy and Redwood Falls, before graduating High School in 1967 from John Marshall High School in Rochester. Bill then attended Mankato State College, where he met the love of his life Susan Landgren.  Bill graduated from Mankato State with a degree in sociology and business.  Susan and Bill were united in marriage August 14, 1971 in Willmar.  Bill then joined the Army Reserves and served in Augusta, Georgia and Minnesota for many years.  He started working for Northwestern Bell, which later became Qwest Telephone Company.  The couple lived in Owatonna, Le Sueur, North Mankato and St. Peter, until Bill became the manager in Pipestone, where he and Susan lived for 38 years.  They then moved to Lake Shetek in 2010, after Bill retired.  In 2013, they began to winter in Davenport, Florida, where they enjoyed winters ever since. Bill was very active in the community.  He was a member of Pheasants Forever, the Currie American Legion and served as president and was on the board of directors for the Chamber of Commerce in Pipestone.  He was involved with the Kiwanis Club, where he served as president and the Hiawatha Club for 25 years.  Bill also served on the small business management board through the Vo-Tech School in Pipestone.  While he was in Florida, you could often find him golfing or playing shuffle board.  Bill enjoyed hunting, fishing and taking drives around the lake on his pontoon.

William is survived by his wife Susan of 49.5 years; children: Matt (Jennifer) Stone and Jessica (Bob) Wagner all of Sioux Falls, SD; granddaughters: Norah and Nina Stone; step-grandson: Gavin Wagner; sisters: Connie Howard of Vancouver, WA and Gayla Stone of Grand Meadow; and many nieces, nephews and friends. He is preceded in death by his parents and brother-in-law Byron Howard.