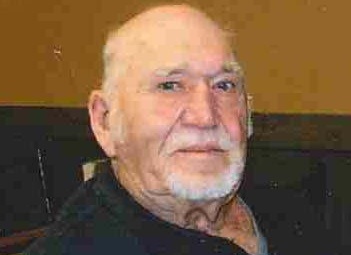 Visitation will be on Friday, June 26, from 9 to 11 am at the Trinity Lutheran Churchminn in Jeffers.

Funeral Service will be held at the Trinity Lutheran Church, on Friday, June 26, at 11:00 am.

The clergy will be Pastor Jennifer Needham.

Interment will be at the St. John Lutheran Cemetery in Germantown Township following the funeral.

Arrangements are with the Sturm Funeral Home in Springfield.

Wallace Sylvester Huebert was born on May 8, 1934 to Otto an Alice (Albrecht) Huebert in Germantown Township, Cottonwood County, where he lived his entire life. He was baptized on June 3, 1934 and confirmed on May 16, 1948 at St. John’s Lutheran Church in Germantown Township. He attended country school and Sanborn High School. He started farming with his uncle at the age of 17 and farmed until he was 72. He also farrowed out pigs and raised them. On March 4, 1957, he was united in marriage to Darlene Koblin at the United Methodist Church in Morgan, MN. They were blessed with 3 children – Debra, Kathy, and Paul. After the passing of his parents, he was a guardian for his sister Sherry and brother Vernon. He loved spending time with his family especially the many years the family spent a week at the lake in the summer. He enjoyed going to auctions, hunting, trapping, fishing, collecting toy tractors, watching westerns, the Discovery and History channels, and game shows. After he retired, he restored several old tractors. He served on the Sanborn Elevator Board and Trinity Lutheran Church Council, was treasurer of the Germantown Township and St. John’s Cemetery, and on the Board of Directors of the Cottonwood County Pork Producers.
He is survived by his wife Darlene of 63 years; his children – Debra (Michael) Nelson of Redwood Falls, Kathy Koll of Waconia, and Paul (Lorie) Huebert of Mankato; grandchildren – Jeffrey (Jessica) Nelson, Joshua (Emily) Nelson, Anthony Koll, Lorissa (Geoffrey) Faulkner, and Rachel Huebert; great grandchildren – Jordyn, Jozey, Carter, and Liam; sisters – Dorothy (Donald) Nazarenus, Grace Raddatz, JoAnn (Robert) Guggisberg, Sherry (Kenneth) Groebner; and brothers – Kenneth (Kathleen) Huebert and Vernon (Alice) Huebert. Wallace was preceded in death by his parents – Otto and Alice Huebert; infant twin brothers – Jarold and Jarom; infant brother Lester; sister Shirley Domeier; brothers-in-law Bruce (Ruth) Green and Donald Koblin.