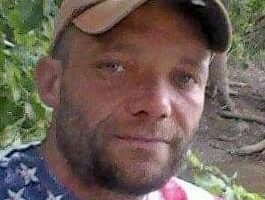 Tony Alejandro Nelson was born on August 15, 1974 in Omaha, Nebraska.  He moved to Morgan where he met Bonnie Steinbeisser and have been together for 15 years and was married June 19, 2021.  He did night auditing and worked at Burger King in Redwood Falls.  Tony enjoyed his canoeing trips down the Minnesota River and his time outdoors, grilling, playing guitar, listening to music and loved to spend his time with his family and friends.