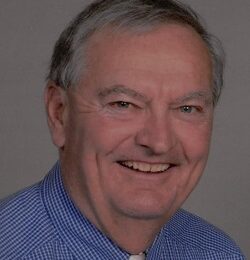 In lieu of flowers the family prefers memorial of the donor’s choice.

Arrangements are with Nelson-Hillestad Funeral & Cremation Services of Redwood Falls.

E-mail condolences may be sent via www.nelsonhillestad.com.

Thomas Michael Zeman was born November 5, 1951, in Redwood Falls, MN to Joseph Frank and Bernice Delores (Raddatz) Zeman.  Tom graduated from Franklin High School, Franklin, MN, in 1969, and then attended University of MN, Minneapolis and University of MN, Morris.  Tom was baptized, confirmed, and a member of St. John Lutheran Church in Fairfax, MN his entire life. In 1984, Tom was united in marriage to his best friend, Cynthia Radermacher.  They were blessed with 37 years of marriage and during their time together they loved to travel, camp, and took many road trips, including spending time in Arizona during the winter months.   Tom was an active member of the local Franklin Lions Club for many years, past President, volunteering and chairing committees for the annual Catfish Days town celebration.

Tom had the opportunity to start farming in 1973, which was truly his passion.  Along with farming, Tom raised hogs for many years, and continued his Seed Sales Career until he retired.  Tom would be the first to downplay his many Outstanding Sales Achievement Awards throughout his career.  Tom started with Pioneer Seed in 1981.  In 2000, Tom had the opportunity to be Seed Division Manager with Harvestland. He was then with NorthStar Seed until he decided to retire and enjoy some casual, fun time at the farm.  During retirement, he started to raise a few chickens, went fishing a little more with his brothers and took some time to enjoy a cup of coffee with Cindy on the deck, which he seldom took time for.

Tom was a truly kind, fair, and intelligent man.  He always had a warm smile and a twinkle in his eye that brought fun and enjoyment to all he met.  Tom was spontaneous.  He loved challenges and was always up for something new.  Cindy’s words: “Just give me 15 minutes, I’ll be ready and in the car.”

He loved farming, the outdoors, animals, especially wildlife and living on the farm. He loved watching deer, turkeys, and other wildlife.  Tom enjoyed many deer hunting seasons with his dad, brother, and nephew and most recently with his great niece’s family.  He allowed only big bucks to be taken which was something his father had taught him.  He also loved to reminisce about the many Canadian fishing trips Tom and Cindy shared with his siblings and their families.  He took many fishing trips with his Dad, brothers, and nephews. Tom and Cindy’s home was where the family gathered for the holidays. Nieces and nephews on both sides loved going to “the barn.” Tom was always generous and fun.  Everyone enjoyed coming to the farm, and it didn’t hurt that Tom always had a few “farm toys” that everyone could enjoy.  In Cindy’s words:  “Tom’s the fun one!”  “I’m just along for the ride, and what a ride it has been.”

Tom was diagnosed with CBD, corticobasal degenerative syndrome, a rare neurological cell disease in May of 2019.   Cindy has been by his side as his caretaker until he entered Hospice on September 22, 2021.  His faith in his Lord and Savior was admirable and he lived his faith, which was evident by his willingness to help others and showing everyone his love and kindness.