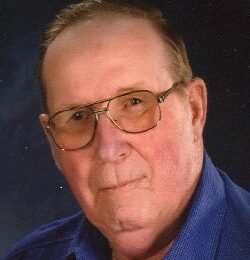 Thomas Edward Garvin was born September 17, 1942 to Lyle and Marjorie (Judkins) Garvin of rural Alexandria, MN.  He was baptized at the Villard United Methodist Church and confirmed at the United Methodist Church in Redwood Falls.  He was a 1960 graduate of Redwood Falls High School.  He was married to Jane Kuehn on March 12, 1966, at Peace Lutheran Church in Echo.  To this union three daughters were born, Lori, Lisa, and Angela.  They made their home in Redwood Falls, Monticello, Twin Lakes, and Sherburn while Tom worked on road construction.  In 1974 they moved to Echo where he owned and operated Echo Mobil. He began working for Farmer’s Co-op Oil Company in Echo in 1989 and worked there until he retired.  Tom was a member of Peace Lutheran church in Echo.  He served on the Echo Public School board and also was a member of the Echo First Responders.  His family was very important to him.  He loved spending time with them and also attending his children and grandchildren’s many activities.