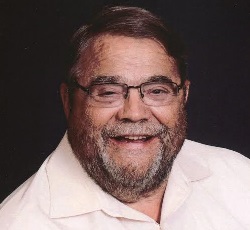 Thomas Rauenhorst, age 74, of Olivia, MN died on Wednesday, June 29, 2022 at the Olivia Hospital. Mass of Christian Burial will be on Friday, July 8, 2022 at 11:00 a.m. at St. Aloysius Catholic Church in Olivia with Father George Schmit as celebrant. Burial will be in the church cemetery with military honors. Visitation will be on Thursday, July 7, from 5 to 7 p.m. at Dirks-Blem Funeral Home in Olivia and will continue one hour prior to the service at the church on Friday.

Thomas Henry Rauenhorst was born on October 12, 1947 to George and Ruth (Driscoll) Rauenhorst in Willmar, MN. He graduated from Olivia High School in 1965.  He continued his education at the University of Minnesota for one year before he enlisted in the United States Army. Tom was stationed in Seattle, WA after completing his training to be a food inspector for the food that was shipped to Vietnam. He was united in marriage to Janice Novak on February 23, 1968 at St. Aloysius Catholic Church in Olivia and they were blessed with two sons. Following his military service they lived on a farm in Glencoe, MN until he moved back to Olivia to work on the family farm. He had a strong faith and a desire to help others grow so he taught sixth grade religion education and formed an ecumenical men’s bible study. After he retired from farming, he was the postmaster in Danube for 21 years. For ten years he was part of the Emergency Medical Services and then taught EMS classes for Willmar Vo-Tech College. He was dedicated to his community and was involved in various organizations and charities such as: Post 186 American Legion, Knights of Columbus, Boy Scouts as a leader, he provided guidance through the Restorative Justice Program, and formed Habitat for Humanity in Renville County. Tom was way before his time when it came to developing and working with solar energy. He was very analytical and enjoyed working his brain with mathematical problems and Sudoku puzzles. Tom had a great sense of humor and was a friend to many. His big heart for helping and blessing others will be dearly missed.