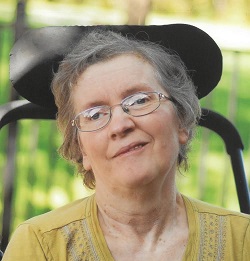 Susan “Sue” E. Gegner, age 66, of Morgan died Saturday, October 9, 2021 at Gil-Mor Manor Nursing Home in Morgan, Minnesota. Funeral services will be held at 10:30 a.m. on Thursday, October 14, 2021 from Nelson-Hillestad Funeral Home in Morgan with burial to follow in St. Michael’s Catholic Cemetery. A funeral luncheon will follow after the burial at the Lions building on main street in Morgan. Visitation will be held at the funeral home on Wednesday, October 13, 2021, from 5 until 7 p.m., and will continue on Thursday from 9:30 until 10:30 a.m.

Arrangements are with Nelson-Hillestad Funeral and Cremation Service of Redwood Falls and Morgan. Condolences may be sent via www.nelson-hillestad.com.

Sue was born to Lawrence and Ruth (Hale) Schmidt in Sleepy Eye on November 11, 1954. She grew up on the family farm near Morgan, attended St. Michael’s Catholic School and graduated from Morgan High School in 1973. Sue married Kevin W. Gegner on August 5, 1972 at St. Michael’s Catholic Church with this union later ended in divorce in 1991.

Sue was a member of St. Michael’s Catholic Church. She was an avid reader, enjoying all sorts of books, especially romance novels. Sue enjoyed listening to Alan Jackson’s music. She had a sweet tooth especially for chocolates. She loved spending time with her family and her grandchildren.