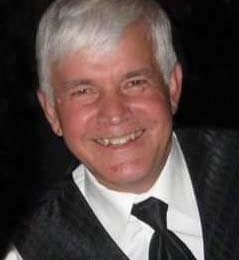 The clergy will be Pastor Todd Mathison and Pastor Richard Hubert.

Steven “Thramy” Robert Thram was born on May 8, 1950 to Gordon and Shirley (Leopold) Thram in Springfield, MN. He was baptized and confirmed in the Lutheran faith. After graduating from Lamberton High School in 1969, Steve went on to study Auto Mechanics at Willmar Tech graduating in 1971. On June 19, 1971, he was united in marriage to Debra Peterreins at the United Methodist Church in Lamberton. Thramy worked as a carpenter in Willmar for many years and then worked for Herb’s Repair. Steve then owned and operated Steve’s Repair. He helped his father, Gordon, operate the farm and took over when Gordon retired in 1982. Steve continued farming right through the harvest of 2019. Thramy enjoyed hunting, fishing, gardening, snowmobiling, skiing, lake time, camping, and car trips. Land conservation was very important to Steve and he planted hundreds of trees. For his efforts, he received the Outstanding Conservationist of Redwood County in 2015. Steve loved his family and enjoyed spending time with them, especially his grandchildren. He served as the trail coordinator for the Country SnoRider Club and was a member of Our Savior’s Lutheran Church in Lamberton.