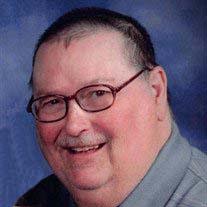 Service will be held at the Our Savior’s Lutheran Church on Tuesday at 11:00 am.

The clergy will be Todd Mathison. Interment will be at the St. Paul Lutheran Cemetery in Menomonie, WI.

Steven was born to Melvin and Ruth (Macklanburg) Clarken on August 2, 1951, in Lamberton, MN. He proudly served our Country in the United States Army from 1971-1977. He married the love of his life Darlene Kay Vinar on May 22, 1971 and went to Vietnam shortly after. After his time in the Army, he became a financial accountant for many years. He was a member of the American Legion and attended Live Oak United Pentecostal Church in Durant. One of his favorite past times was watching his grandchildren.